Probably one of my least favorite things about being alive is the way I’ve been conditioned to perceive my physical form. There are so many random things about our bodies that society tricks us into thinking are meaningful: the amount of fat we store, how much melanin our skin has, what genitalia we have. Honestly, the list could go on forever. That’s why I’m so thankful for these twelve Black activists working to challenge and change the way we think about our bodies!

Tiffany Ima knows that sometimes asking people to love their bodies can be difficult and ultimately unnecessary. Instead, she advocates for body neutrality, a movement that asks us to distance ourselves from negative views of our bodies by thinking of them in more objective terms. We might not be able to love the things society has conditioned us to hate about ourselves, but we can work towards not attaching any judgment at them.

A post shared by Stephanie Thomas (@disabilityfashionstylist) on Jul 2, 2019 at 2:31pm PDT

After noticing a distinct lack of fashion blogs that centered around dressing while disabled, Thomas knew things had to change. She soon founded Cur8ble, part-blog part-fashion label and completely focused on creating visibility for individuals living with a disability.

From a young age, we’re taught to make the connection between fitness and thinness. Speaker, author and self-described “fathelete” Mirna Valerio has been working for nearly a decade to dismantle these cultural beliefs. From 2011 to 2017, she gained a huge audience (including reporters at NBC, the Huffington Post, and Runner’s World!) with her blog Fat Girl Running. The blog, which focused on experiences running marathons and ultras, aimed to dismantle expectations of how fit people “should” look.

Like Valerio, Stanley also aims to reframe what we think of as a healthy body. Her online yoga studio, The Underbelly, encourages students to take up the space they need and to prioritize how their body feels over how it looks.

After seeing how social media was negatively impacting cultural views about our bodies, model and activist Olakemi decided it was time for a change. She soon began creating what would become Plus Is Diverse, a multi-platform campaign centered on creating visibility for individuals of all body types. 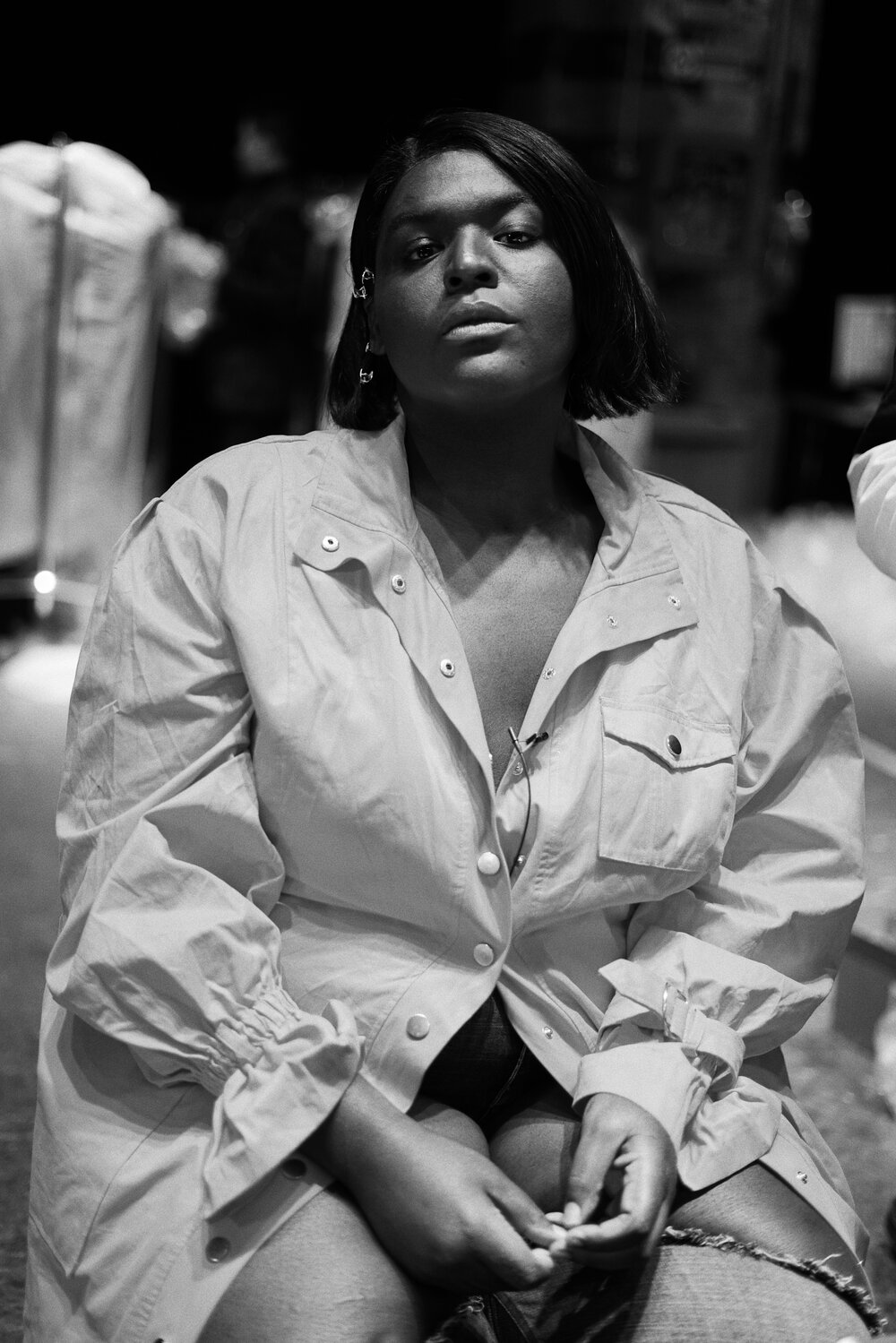 Talk about a woman who does it all. Fatima Jamal is many things: an artist, a documentarian, a model, a writer and a public speaker. Mixed into all that is an interest at looking at how white supremacy has informed our views on gender and our bodies, and in taking up “spaces that people are afraid to occupy.” In her first documentary, “No Fats, No Femmes,” Jamal invites us to look closely and critically about how external perceptions of the self shape our identity.

Writer and body neutrality activist Yeboah has come up with a new phrase to recenter how we think about our bodies: fat acceptance. In changing the language we use, she hopes to force people to pay attention to more than just the concept of loving their body. As a writer for publications like Vogue and Elle as well as through her own book “Fattily Ever After,” Yeboah draws attention to the ways the current body positivity movement has failed women of color and Black women, in particular.

Shackleford is the creator and director of Free Figure Revolution, an organization committed to “creating and taking space for all marginalized bodies surviving lethal beauty standards.” To do so, she uses the power of data, collecting the real stories of marginalized people and using them to show the realities of the violence they face.

Asiama is a Ghanian-British plus size advocate, activist and model. As a fat, queer, femme individual, she invites followers to examine and unpack how their views of themself and of others have been formed by white supremacy, patriarchy, fatphobia and rigid views on gender. Side note: if you’re interested in editorial-level portraits and bold makeup looks, go follow her on Instagram right now!

As a creator and former host of the podcast She’s All Fat, Quioh aims to add to the increasing visibility of fat bodies by creating conversations that shine a light on the real lived experiences of marginalized groups of people.

Self-proclaimed “fat icon” Essie Golden has always been a proponent for changing how we think about our bodies and how we value others’ opinions of them. However, it’s the viral Golden Confidence movement that has given her a national platform. Started in 2018, her annual Golden Confidence pool parties aim to dismantle the obsession our culture has with the elusive “bikini body,” by providing a comfortable and fun environment for plus-sized individuals to build their confidence and meet others who share their experiences.

As a breast cancer survivor, Hart first gained attention for going topless to the 2016 Afropunk festival. From there, she’s gained a huge audience, speaking frankly about everything from the lack of visibility for Black people in the medical field to how perceptions of the female body are still thoroughly rooted in patriarchy.

﻿RELATED ARTICLES: To read more about the Black activists currently changing the world, check out our article on fifteen Black women leading the sustainability movement!